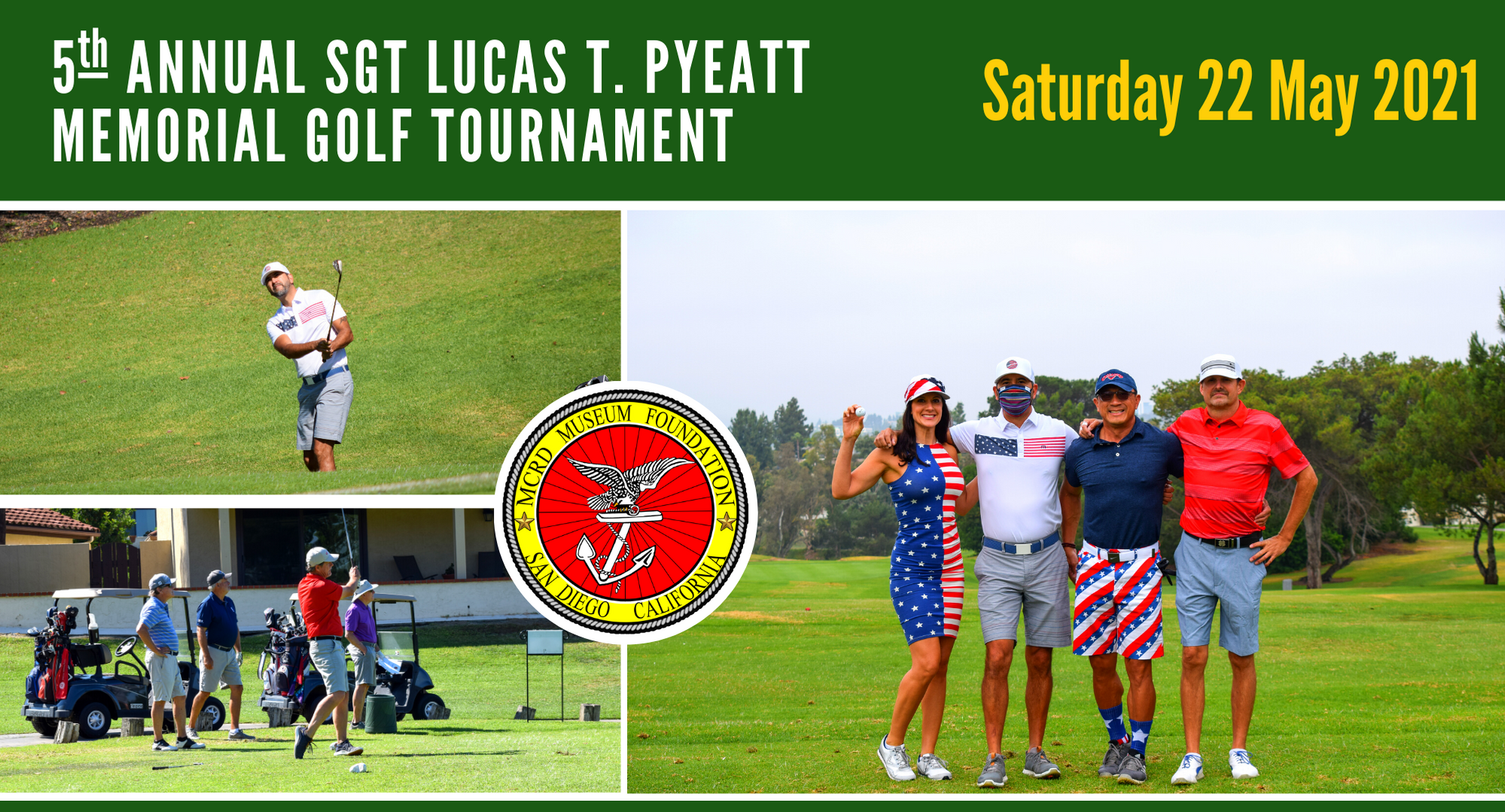 THIS EVENT IS SOLD OUT - Thank you to all players and sponsors for supporting this year's event!

The MCRD Museum Foundation's 5th Annual Sgt Lucas T. Pyeatt Memorial Golf Tournament will be held on Saturday, May 22nd, 2021 at the stunning Oaks North Golf Course in San Diego, CA. This tournament is not only your chance to show off your golf ability, but also helps raise funds for the MCRD Museum Foundation VOICE Program. All proceeds from the tournament support invaluable programs for our Marines, Sailors, veterans, their families, and families of the fallen.

For more information on playing or sponsoring contact us at 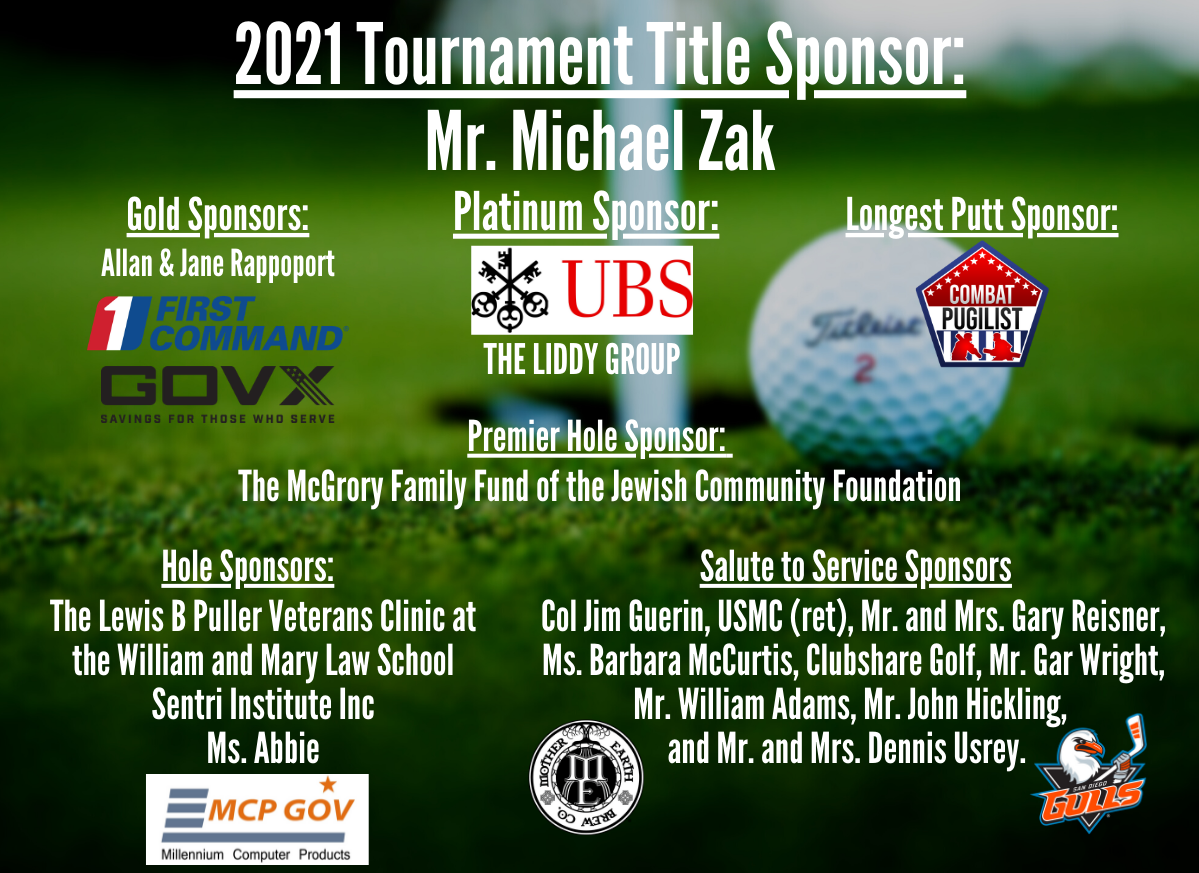 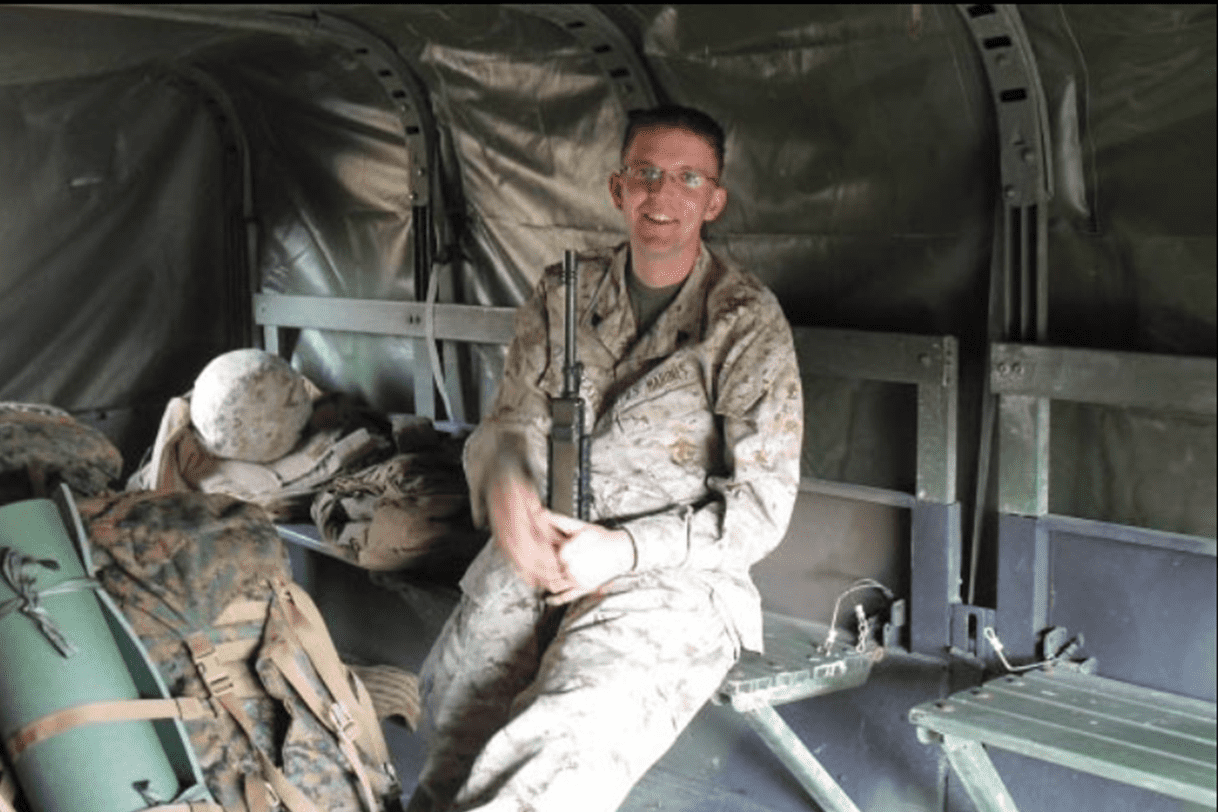 Sergeant Lucas T. Pyeatt was the epitome of a United States Marine. Raised in Newport News, Virginia, Lucas expressed from his earliest moments a keen interest in a wide range of topics and disciplines. Some might call him a Renaissance man. Growing up, whether he was pursuing the rank of Eagle Scout or expertly playing the stand-up bass, Lucas showed a unique passion and enthusiasm for life.

In addition to using his many talents to accomplish many things, he lived his life in a way that would lead even a casual acquaintance to conclude that he was a person whose every action was characterized by kindness and consideration for others. For him, standing up for the little guy was a way of life. Among his many acts of benevolence toward his friends and family was taking the time to learn sign language in order to better communicate with a close friend who was deaf.

After high school, he would attend Old Dominion University for a short while, but Lucas was a young man in a hurry. He wanted something more out of life. In time he would decide to follow in the footsteps of his father, a 30-year veteran of the United States military, and offer his service to his nation by enlisting in the United States Marine Corps.

Lucas put the same drive and devotion into being a Marine that he had exhibited in his formative years. He excelled in his studies at the Defense Language Institute, becoming fluent in Russian. After training, he was assigned to the II Marine Expeditionary Force Headquarters Group, at Camp Lejeune. 2011 would find him on the harsh unforgiving battlefields in southern Afghanistan.

The history and legacy of the United States Marine Corps is one of supreme courage and sacrifice on the battlefield. But while Marines are riflemen first, in order to make a difference in the battle spaces of this day and time, Marines must also possess a wide range of other talents and abilities.

While deployed, Pyeatt’s job was to translate, monitor and transcribe critical information in real time, with the aim of gaining intelligence on enemy insurgent operations and activities. During his brief but significant time in Afghanistan, Sergeant Pyeatt’s leadership and technical skills “were instrumental in the conduct of direction finding and enemy communications in a contested region.”

Sergeant Pyeatt had only been “in country” for two weeks when he volunteered to participate in an important mission. While on his first foot patrol in February 2011, he lost his life due to an improvised explosive device.

During his life Lucas T. Pyeatt was many things to many people. To his family, he was a devoted son. To his friends, he was someone they could always look to for help and support. To his nation, Sergeant Pyeatt was a loyal and dedicated member of the United States Marine Corps. His father said it best, noting his son had “accomplished more in his 24 years of life than most people accomplish in a lifetime.” In his service and sacrifice, Sergeant Pyeatt more than lived up to the motto of the Corps by being always faithful to his loved ones, his fellow Marines, and most of all to those principles and virtues that for over two centuries, have allowed our nation to remain free.